Episode 35: Robots without borders: from Morocco to France to Germany to Oregon State 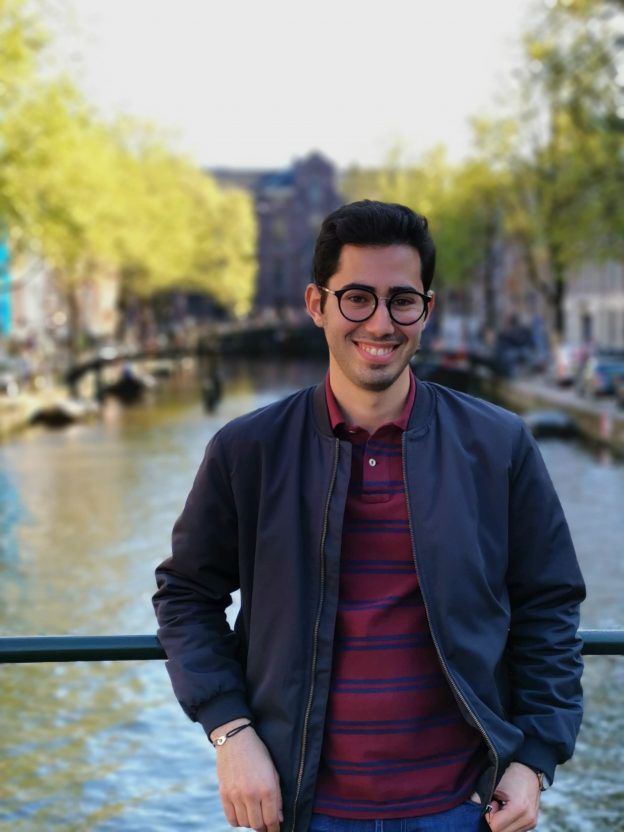 Amine Gaizi is a masters student working on a degree in Electronics and Embedded systems. As an exchange student from France, Amine is studying in the Department of Electrical and Computer Engineering within the College of Engineering here at OSU.

Amine is originally from Morocco, where he studied in French schools, so the next natural step was to move to France for his higher education. At CPE (Ecole d’Ingénieurs en Chimie et Sciences du Numérique) in Lyon France, Amine has been working on his degree. At CPE Amine was part of an association that promotes cultural diversity and helps the foreign students that come to CPE. It is called “Melting Potes”, like melting pot but with a twist, in french “potes” means good friends. One of the major events we organize is called “the cultural week”. Everyday they present the culture of a continent through food, music, decorations, activities and gifts.

During his graduate work, Amine worked in the department of automotive microcontrollers at Infineon Technologies in Germany for a year to develop an autonomous robot in the shape of a mini car. Essentially, there is a chip that you can program to interface sensors and control actuators following a particular algorithm. Amine says the microcontrollers developed by the automotive department of Infineon are very safety and security oriented, which makes them practically fail-proof. It is the type of technology that is used for braking systems in cars.

After moving from Morocco to France to Germany, Amine thought, “why not also do an exchange program!”, so going through the University of Lyon’s exchange program, Amine arrived in Corvallis Oregon Fall 2019 and has had a great time so far! Living in “iHouse” which is a community of mostly international students living together in a large house, Amine has made amazing friends from all over the world and has made even more friends through playing tennis.

He’s done a decent amount of traveling during his exchange here but Amine said graduate school is no joke. Being a graduate student is already a challenging undertaking, but being an international student adds another layer of complexity and difficulty. Thankfully, Amine knew some other French exchange students when he arrived who helped him get started, and the Office of International Services provided plenty of resources and information.