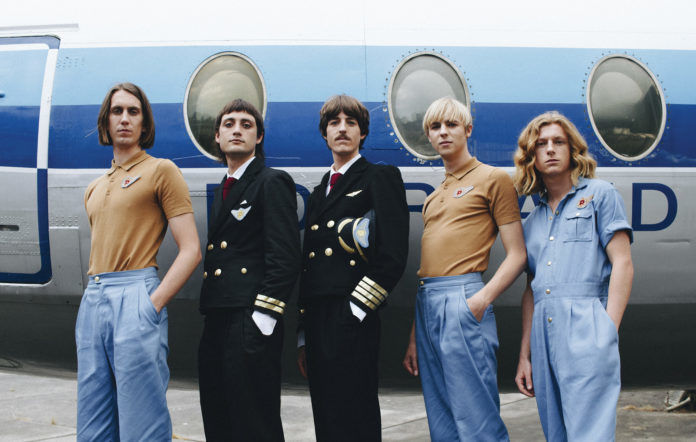 Condensing music is both my favorite and least favorite activity. It gives you a chance to revisit old songs and albums you may have forgotten, but then forces you to pit them against each other and decide a winner. I had to set specific criteria for this list for me to do it in a reasonable time and not be indecisive on if an album “deserves” to be on my list. In my list, the album cannot have a bad song. It sounds strict, but it helped me eliminate a lot of albums that have bad filler songs. The album must still be in my current rotation. This rule helped me avoid picking albums just because of how much I listened to them at the beginning of the decade. If I am not as hype on them now, they can’t be on the list. With that being said, I’ll get into my list of favorite albums from the 2010s.

The Fleet Foxes have a way of writing lyrics that tell vivid stories and leading the listener to reflect on their own experiences. I think that the timing when an album is released is important to the connection that we have with them. This album focuses on the topics on relationships and finding meaning in our work and experiences. I found this album my freshman year of college, a time of peak existential thinking, so the timing was perfect. I appreciate this album for being so over-the-top it is almost comedic. The instruments on this album are extremely diverse ranging from the classic acoustic guitar to Tibetan singing bowls and bells. The album somehow captures simplicity of a low-budget acoustic album while at the same time being as ambitious as an entire symphony. I think that the title itself, Helplessness Blues, is talking about music that we find at low points and connect to our own lives.

Tourist History is playing more to the nostalgia than the musical achievement for a decade list. I always come back to this album waiting for it to be old. I will think, the sound HAS to be feel dated by now. It never does. I will consistently come back to this album with only good feelings and the desire to relive the entire album. In some ways, it goes against a lot of the gripes I have with music. Undercover Martyn and What You Know are the almost the same song. It still doesn’t bother me.

Favorite Song: I Can Talk

IGOR took me completely by storm at the end of the decade. I have enjoyed a large majority of Tyler’s music, but I admittedly put him in the box of artists that can release some creative music, but struggle to release fulfilling albums. However, Tyler has created a completely unique experience on this album. The album is at an advantage because there is a visual element to the album and that is appealing to me. I enjoy the entire character and all of the storytelling through his music videos. I am far from the only person that felt moved by this album. So, I will not dive into each song in this format, even if they all deserve it. To sum up, this album reminded me why I love music. It’s more than isolation of lyrics, beats, characters, and visuals. It is a combination of them all together.

When I first constructed this list, I did not consider this album even though it fit all my criteria. There is not a single bad song on this album and I can go back and listen to all of them still believing that. The album blends a lot of different sounds and ideas very well. It combines folk, rock, hip-hop, and R&B together without feeling like a chaotic album. To me, the album carried by the singer’s unique voice and lyrics.

Five Australian boys came together and made one of the funkiest albums of the decade. Webster’s dictionary needs to add their picture in the dictionary for “smooth”. They created an album that flows from track to track. I am a sucker for songs that bands will let the ending instrumentation of one song be the sound of the next song. Each song features their beautiful harmonization of vocals with all five of them participating in the action. A solid album through and through.

Upon release, I was drawn in to the dark vibe of this album. The sound is filled with heavy bass, his echoed autotuned voice, and just random sounds like chains jangling and people talking. The entire album is an experience. I like how the album runs longer, it Travis a chance to show his production skill in beat-switching and extending certain sounds in a song to make an entirely new sound. Travis feels very real on this album. He demonstrates bravado of his actions, but also giving a hint to his dark moments of self-reflection.

Favorite Song: Oh My Dis Side

This album is one of the first alternative albums that I had listened to and enjoyed. Before finding it, I would strictly listen to metal and hip-hop, but I wasn’t super into rock at the time. My friends recommended this to me and I was hooked from there. At the time, I appreciated the album a lot for the Danger Mouse production on it. I think he brought elements of hip-hop that transitioned me into the band. Similar to Tourist History, the album might not be the most sonically impressive album of all time, but it is nostalgic for me.

After Evil Friends had introduced me to the band, this album is where my enjoyment exponentially increased. John Gourley’s falsetto is angelic to say the least. The instrumentation on this album is absolutely incredible. It is more psychedelic rock than their other albums. The closing track, Sleep Forever, is probably my favorite song of all time and it perfectly finishes the album.